Back in 2009 year I am over at Examiner dot com skimming through blog headlines looking for interesting discussions. I come across a headline about a boycott of Southwest Airlines for displaying pornography. This captures my attention.

I discover an old white boy Christian ranting about pornography painted on sides of Southwest aeroliners. He is bent, he is calling for a grassroots boycott to teach Southwest a hard lesson, "Boarding mothers and children see a naked woman on the airplane! This is sinful pornography!"

On side of Southwest jets is Israeli super model Bar Refaeli. She is wearing a bikini and lying on her side. She is a cover model for the 2009 Swimsuit edition of Sports Illustrated. This is a promotional advertisement for this magazine - a high flying right fancy billboard. 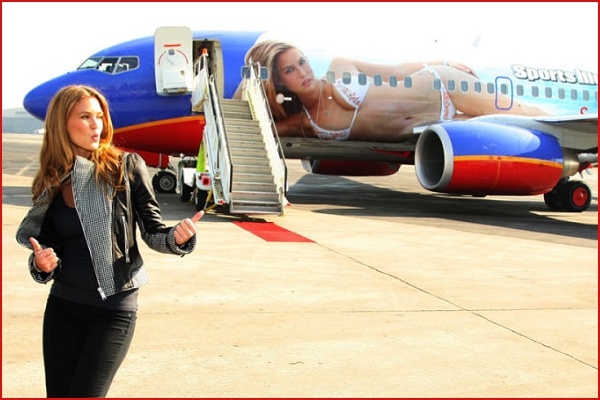 I write my typical gracious comments, firm but fair, explaining a girl simply wearing a bikini is not pornography, there is no sexual context, "Lying on her side has her photograph fit well on this jet aeroliner." At close I add one of my zingers by suggesting this old boy suffers a stereotypical Christian dirty mind.

Boy howdy, he sure enough flies off into a Christian racist rage, refers to me as a "godless redskin savage." This good Christian deletes my comments and banishes me from his blog.

What Christians fear the most is truth. 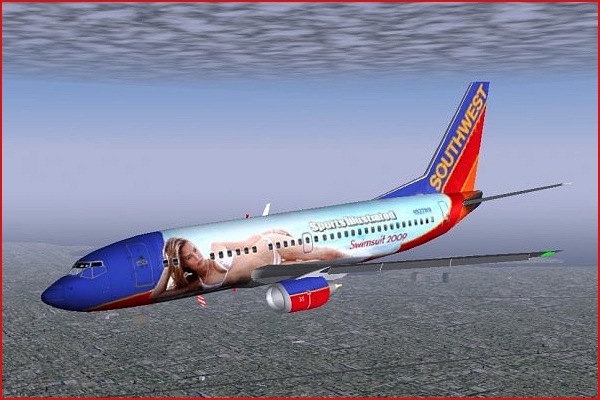 "Every human society attempts to control sexual behavior, since sex represents a rich source of conflicts that can disrupt orderly social processes. Human sexuality is too powerful and explosive of a force for any society to allow its members complete sexual freedom... Not surprisingly, the regulation of sexuality has been a central feature of virtually every known legal system."
- James A. Brundage, "Law, Sex, and Christian Society in Medieval Europe"

A truth many mainstream Americans fear is knowledge their sexuality and sexual habits are directly controlled by and dictated by Christian dogma often written into criminal law. Puritans burn witches for being evil seductresses, Christians butcher and slaughter twenty-five-million of our Indian peoples partly because of our traditional nudity and playful sexuality. All of you readers are aware of insane sex laws across our nation. Today, this bigotry and hatred of Christians is evidenced by issues of same sex marriage and those abhorrently sinful wedding cakes.

Each of you readers, your attitudes about sexuality, your notions of romance and your sexual behaviors are taught to you by and dictated by biblical law. This is a harsh truth. Of all our government limited freedoms, we suffer the least amount of sexual freedom. I estimate our America is at number four or number five at top of list of sexuality repressed peoples.

No need for a diatribe, you display this repression each time you close your bedroom door to prevent your children from seeing what you and your lover are doing - you suffer a Christianity inflicted sense of guilt and sin. 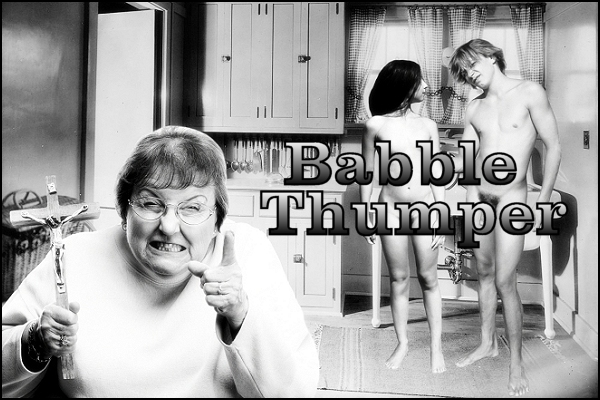 "Native Americans enjoyed a richly sexualized discourse ... evolved their own protocols for dealing with gender issues and sexual deviance ... written constitutions adopted in the nineteenth century by the Cherokee, Choctaw, Chickasaw, and Muskogee tribes made no provision for obscenity, apparently because it was never a matter of dispute...."
- Joseph Slade, "Pornography and Sexual Representation"

During the nineteenth century our federal government demands the "Five Civilized Tribes", Cherokee, Chickasaw, Choctaw, Creek and Seminole, write constitutions and laws along with establishing tribal police and courts. If not, the American military would come in and exterminate all tribes and the feds would take our lands. Those tribes know this is not an idle death threat, by then our American military had killed twenty-five-million American Indians.

Amongst demands of our Christian government is Indian constitutions prohibit reds from marrying blacks and include laws legalizing black slavery. Reds could lawfully marry whites, plan is for white men to marry red women then seize lands of those Indian wives. This happens.

An issue comes about, our tribes refuse to write obscenity laws. What white Christians consider obscene does not make sense to our traditional peoples. Those white folks of faith sexualize literally everything about life. Nudity, sex, polygamous marriage and more, all are considered sinfully obscene by Christians. We Indians consider those behaviors enjoyably natural. 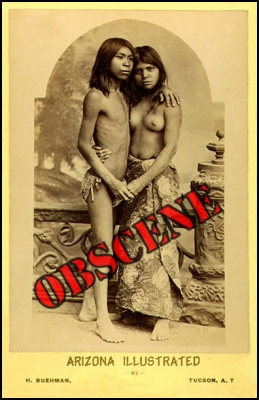 Pawnee display a tradition which is beyond comprehension of mainstream Americans because a goal of Christianity is to keep people ignorant, narrow minded and, Christians generally are. This tradition is the best of sex education for young boys to teach them to be good husbands.

When a Pawnee boy attains puberty, a wife of his maternal uncle takes this boy as her temporary husband. This aunt by marriage teaches a young boy about being a husband including sexuality and sex. They are considered wife and husband and they do routinely enjoy sex. A Pawnee woman teacher might have several young husbands; polyandry is acceptable. After a few years of learning, when a boy is ready to be a good husband, he seeks out a Pawnee girl closer to his age to be his wife. Pawnee boys taught this way make for the best of husbands and fathers; they are taught by a seasoned and wise mother and wife. 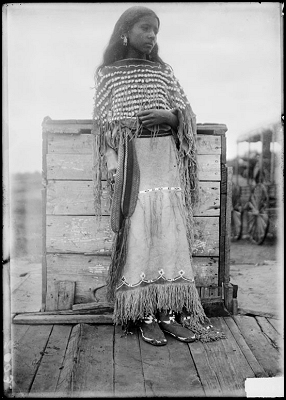 "I remember but one man in our district who had two wives... One of these wives united with the Church, after which she did not live with her man."
- Reverend Henry Benson, "Life Among the Choctaw Indians", circa 1850 - 1860

Polyandry, multiple husbands, and polygyny, multiple wives, is acceptable amongst most traditional tribes. Polygamous marriages are common before white Christians come to kill our peoples by the tens of millions. There are endless reasons, most irrational, why Christians butcher and slaughter a peoples. Amongst those senseless reasons for Christian hatred is polygamous marriages. Christians are fierce about one wife, one husband and no divorce.

During our childhood a well known Choctaw woman enjoys four husbands scattered around our county. We never give this thought, this is natural behavior. Within our lives our cowboy enjoys up to four wives and we girls enjoy this just as he does. A difference is traditional Indians do not associate sex with marriage like Christians. For us marriage is purely an economic contract to benefit a family clan and a tribe. Our polygyny marriages enabled all of us in our family to escape poverty.

Almost all traditional tribes revere a philosophy, "No babies. No tribe." This way of life becomes critically important during the Christian genocide; they killed us to extinction. Ironically this killing by Christians drove almost all tribes to incest to survive, there is no other choice if to survive as a peoples. Christians use this notion of incest as an excuse to continue killing us. 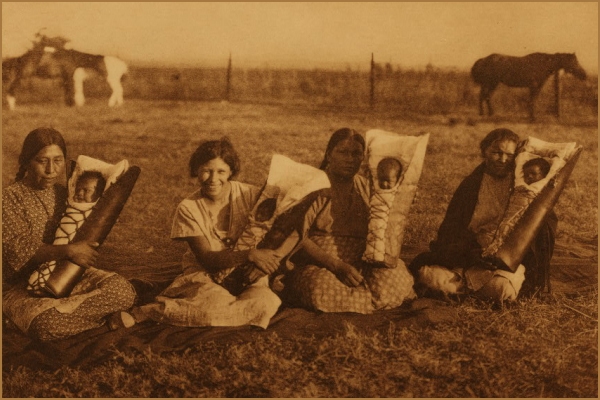 Indian children and adults alike are encouraged to enjoy all types of sexual play while growing up and maturing. This is a natural behavior given to us by Mother Nature. Some anthropologists label this "joking sexuality". Behavior of Indian children is like playing "tag" with a sexual component. Kids chase and joke around, grab a girl's breast, pull off a boy's loincloth, slap of a butt, hugging, kissing and other fun behaviors. Joking play is not intentionally sexual, this is simply there is no taboo restricting this natural and instinctive behavior. 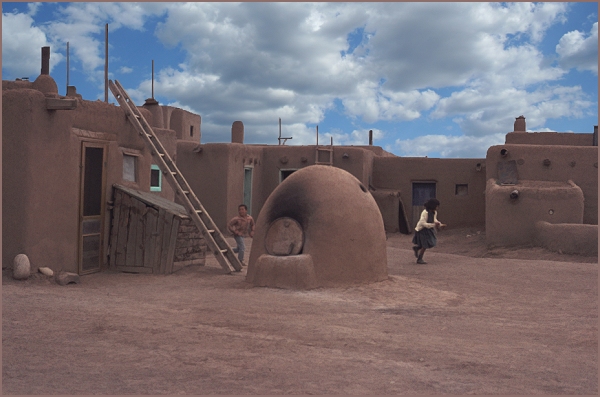 Most mainstream Americans are unaware their sexuality and sex lives are iron fist ruled by theocratic tyranny. Essence of Christian sexual dogma is sex is only for making babies and is never to be pleasurable. Marriage is only between a woman and a man and a wife is always to be submissive to her husband. Divorce is not allowed. Children are never to be taught about sexuality and sex. This is for the church to teach children and there is only one topic: abstinence.

From birth to death Americans are pummeled with puritanical Christianity. This has our society at large suffer stunted sexuality and a dire lacking of sexual freedom.

Our traditional American Indian culture enjoys natural and matured sexuality. Nothing is taboo. Marriage and sex are not related, marriage is for economic benefit of a family, sex is for pleasure of all. We marry whomever we please and as many as we like; opposite sex, same sex, polygamous, consanguineous or single for life. We are well taught in sexuality and sex from birth to death. Our sex lives are enjoyably healthy and exceedingly rewarding.

Sexuality of most mainstream Americans is quite naive and rather childish compared to our Indian ways of living a good life.

This would be quite the amusing fun to have a nude photograph of me on side of an appropriately aged aeroliner. I would like to represent and symbolize sensuous and seductive middle aged MILFs. 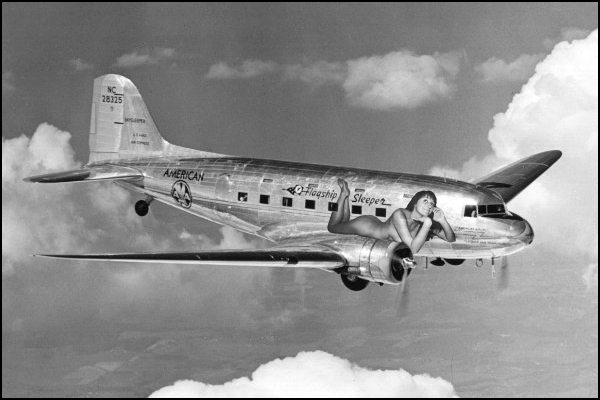