Batman being a bad boy with Catwoman! Do you see what I see? If so keep the subtle secret to allow others a chance to test their astounding powers of observation! 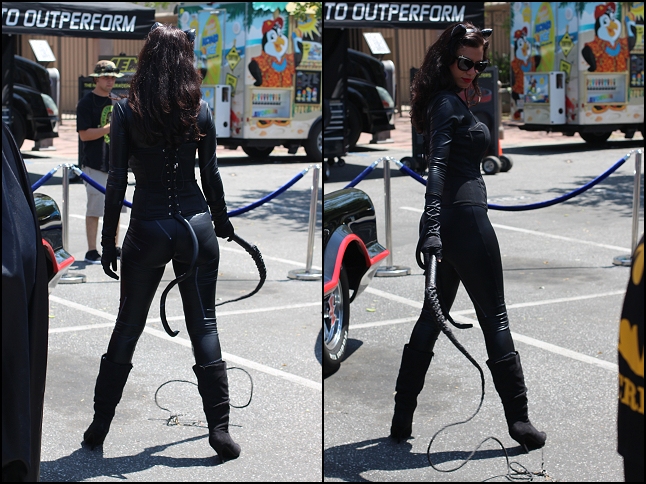 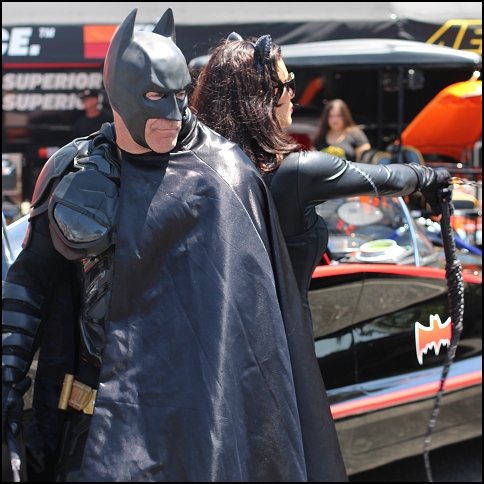 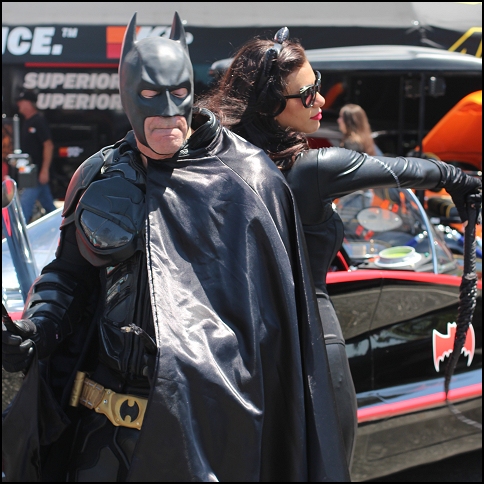 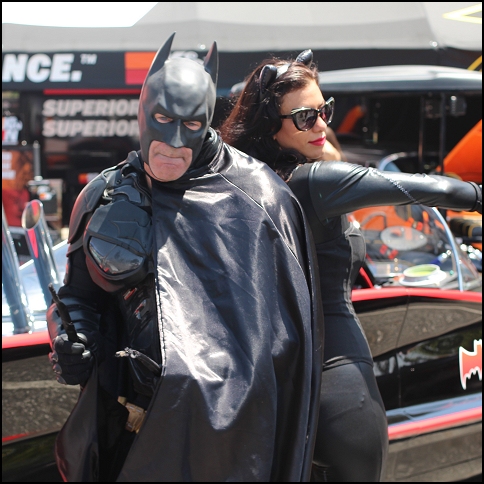 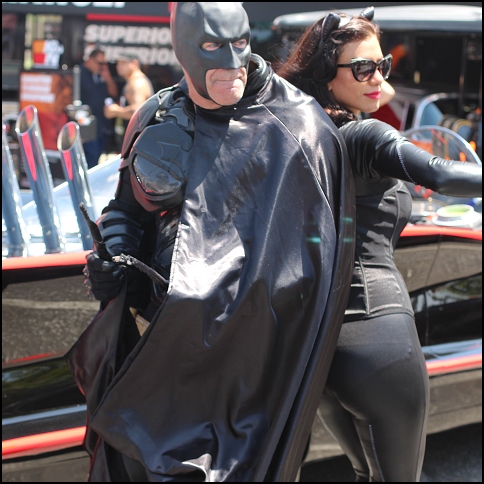 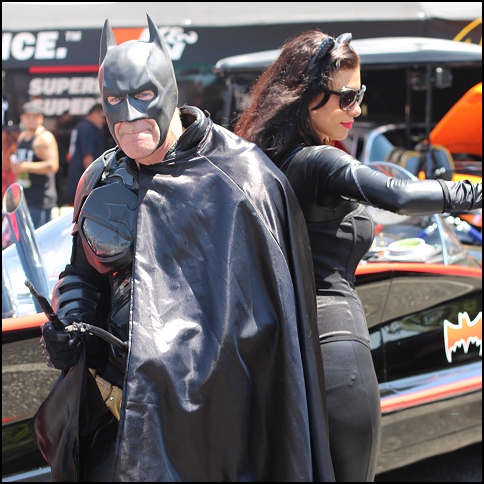 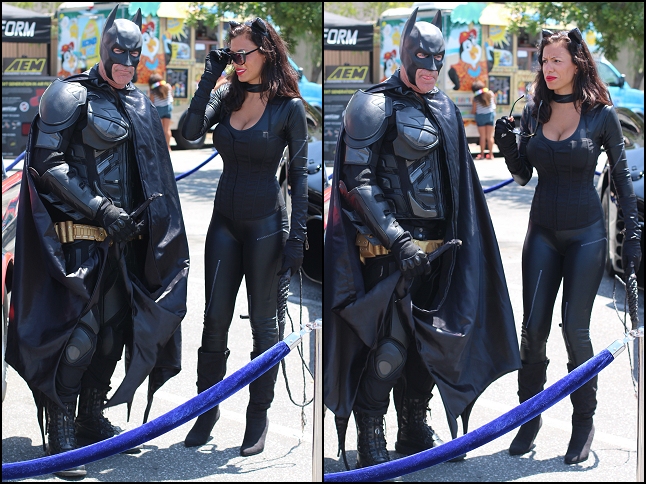 What Batman is holding in his hand is a handle attached to his leather cape, a handle each side to swoop and fly. Catwoman takes to dancing and cracking her whip, she is exceedingly talented. Batman mostly stands there trying to rub butts with her. While this is going on he is slowly sliding his "phallic" out from cape, longer and longer....

When we do an intense photo shoot, we work at talking to people for later story telling. Catwoman is an aspiring actress, thirtyish and gorgeous. An accomplished stage production dancer most of her work is support role playing; temporary work. She is quite the character and good at acting. She is classy.

Batman, oh boy, late fifties, several days of gray stubble on face and the boy is drunk as a skunk. He gets to bragging about being Santa Claus at a famed department store. I do not need to add further description for Batman!

Catwoman finishes her dancing and whip cracking, people hoot and applaud! She looks at Batman and realizes what he is doing. Dang if she doesn't start twitching her whip, I truly believe she considers whipping the boy! She is wet-hen mad!