"The world isn't flat and women don't orgasm from their vaginas." - Sophia Wallace

"Cliteracy" is a relatively new grassroots effort to educate all people about our female clitoris. Sophia Wallace is on the forefront with her art exhibits appropriately titled, "Cliteracy". Wallace is championing a clitoris cause.

Logo for Cliteracy is quite artistic and represents what most do not know, the actual and sizeable structure of a clitoris. This artwork is rendered into earrings, necklaces, wrist bracelets, shirt graphics and museum quality sculptures along with other variations such as posters. You may visit the homepage of Sophia Wallace by clicking this following link. Be sure to follow those links off to your right side.

Click For Sophia Wallace Homepage. Top right of page is a menu icon, three horizontal lines, click to expand a menu of topics and pages. 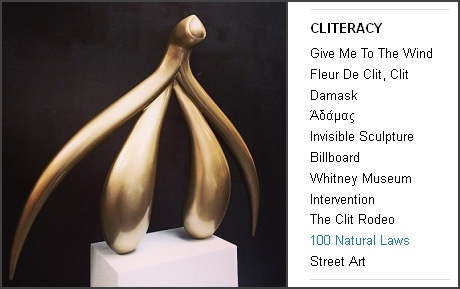 Within a man's world, literally a world of men, a clitoris essentially does not exist. Men are quite ignorant about this topic, few men know much about our feminine clitoris.

Gray's Anatomy is a worldwide known research source for exacting illustrations of female and male human physiology for scientists and medical practitioners. Back in 1948 year Gray's erased the clitoris from illustrations. The clitoris ceased to exist.

Many cultures of our world, specifically those faithful to God, slice off clitorises of young girls to prevent those girls from enjoying pleasure during sex. Religious dogma has this the clitoris is a work of Lucifer, the "Devil's Teat" according to dogmatic and sexist Catholic Malleus Maleficarum.

Not until 1998 year is the true structure of and purpose of a clitoris known. An Australian urologist, Helen O'Connell, performs research, maps out and discovers how a clitoris functions. She learns a clitoris is the size of a combined penis and testicles along with being three times more pleasure sensitive than a penis. 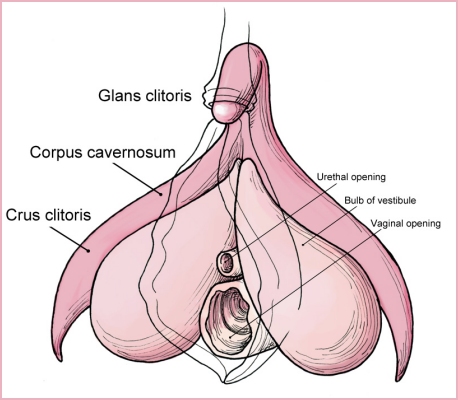 There are other modern medical discoveries. The ubiquitous "G-spot" does not exist and a "Vaginal Orgasm" is a myth. Neurotic sexist Sigmund Freud is ignorantly dead wrong.

My favorite Cliteracy Literacy logo line is, "Size Does Matter". I will be discussing penis size relative to female orgasm and many other Cliteracy topics in upcoming essays.