Lot and his two daughters left Zoar and settled in the mountains, for he was afraid to stay in Zoar. He and his two daughters lived in a cave. One day the older daughter said to the younger, "Our father is old, and there is no man around here to give us children as is the custom all over the earth. Let's get our father to drink wine and then sleep with him and preserve our family line through our father."

That night they got their father to drink wine, and the older daughter went in and slept with him. He was not aware of it when she lay down or when she got up.

The next day the older daughter said to the younger, "Last night I slept with my father. Let's get him to drink wine again tonight, and you go in and sleep with him so we can preserve our family line through our father." So they got their father to drink wine that night also, and the younger daughter went in and slept with him. Again he was not aware of it when she lay down or when she got up.

So both of Lot's daughters became pregnant by their father.

Our word "incest" is amongst the most misunderstood and maligned of vocabulary. This word, incest, does not mean molestation nor mean rape. Incest is a simple definition of sexual acts between certain blood related people but not all. Incestuous relations are typically consensual and almost always loving. Forced or coercive sex is not incest, this is criminal rape.

Which pairings of blood related couples are incestuous varies wildly by culture. Usually sex between parents and children, and between siblings is unlawful for almost all cultures. Beyond those, legal definitions are as varied as hair color of fickle girls. These lists of taboo sex are long and harder to understand than Chinese instructions for assembling a swing set.

Some laws are simply crazy. A mother-in-law cannot marry her son-in-law although not at all blood related. A father is not allowed to marry a step-daughter. A husband cannot marry a woman who is nursing his wife's baby. This is taboo for a father to marry a sister of his son's wife. All of this becomes more crazy with researching and reading.

Having this more maddening, in some regions incest is perfectly legal, well, until you come back to some but not all states of America whereupon a couple is arrested and locked away in prison, maybe. Over here in this state a marriage is legal but illegal in this other state.

Essence is incest laws vary with whims of whomever is in charge of whatever.

Marriage between cousins is lawful throughout Europe, Canada, Mexico and other nations including many nations of the Mideast. Here in America cousin marriages are taboo in half of our states and blessed in the other half. Odds are 50-50 of being thrown in jail for marrying wrongfully whatever this might be and none actually know least not without looking through dusty shelf law books written two centuries back. 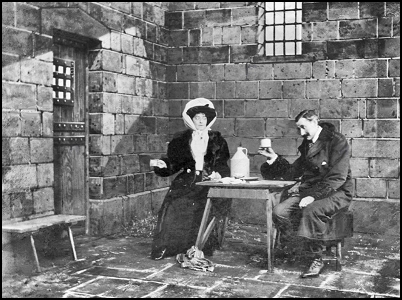 Incest is often confused with another word, "inbreeding". Incest is not related to rape nor is incest related to inbreeding. Historically some royal families suffer genetic problems resulting from many generations of inbreeding. This is generations of close family members engaging in incest type marriages and reproduction; aunts and nephews, uncles and nieces, half siblings and other. When this family tradition spans many generations, this is inbreeding. Over generations "bad" genes become more dominant and risks of birth defects increase significantly.

There is a biblical example of inbreeding: Adam and Eve. If you believe this nonsensical story, to populate earth they have to engage in incest with their children, their grandchildren and if still viable, with their great-grandchildren. All of those children must incestuously procreate with each other right on down through the generations. Three, four, five generations later those inbreeding genetic problems begin appearing which likely explains why Christians are crazy in the head. 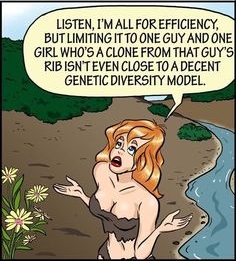 Risks of birth defects are always present, all of us know of those risks. This is "background" risks such as radioactive uranium tailings left behind by our government on Apache lands, crude oil contaminating water tables up at Standing Rock lands of Sioux and, of course, commerce made toxic smog smothering our earth. There are endless causes of birth defects both internal to our bodies and external within our homes and environment.

Those background issues cause a 2% to 4% increase in birth defect risks. There are many variables like mothers living in clean rural farming regions compared to mothers living in polluted urban centers; low risk to high risk. There are toxins which present serious risks during pregnancy; tobacco, alcohol, drugs along with malnutrition and other variables. A 2% to 4% risk level is a baseline average for normal living circumstances free of dangerous toxins like uranium radiation and crude oil in water. This baseline is used to compare increases in risk by specific other factors.

Highest additional risk by incest conception are parents and children along with siblings; mother and son, father and daughter, sister and brother. Those close blood relationships create a 4% to 8% increase in risks. Add in the "baseline" and overall risks are 6% to 12% which remains relatively low compared to risks of pregnancy and environmental risks.

As blood relationships become more distanced risks drop quite dramatically. Mother and son is higher risk, grandmother and grandson is lower risk while aunt and nephew are lowest. Cousins, first, second and third, present the lowest risk by incestuous birth. Risks are typically in a 1.5% to 2.5% range. Add in the baseline, overall risk is around 4% to 6% for a healthy cousin married mother living within typical home, work and environmental surroundings.

Pregnancy includes many different variables which can lower risks or increase risks. Pregnancy between distant cultures lowers risks; higher genetic diversity. Mixed race pregnancy is a common example. When a woman reaches thirty-five to forty-five years of age, birth defect risks are highest because her eggs are becoming old. Down syndrome is an example of higher risks related to older aged mothers.

Marriage between cousins is the most popular choice and is lawful in almost all nations except for puritanically backwards America; half of states, legal, other half illegal. 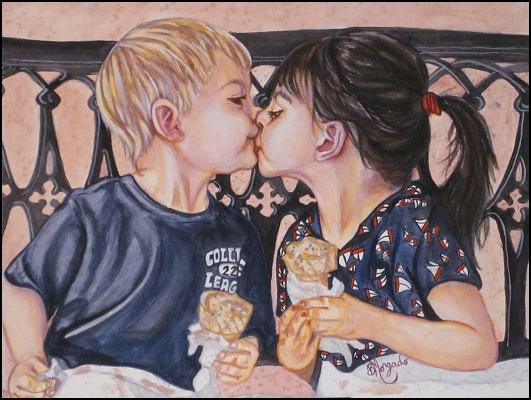 This incest taboo is based upon ignorance and arrogance of faith. Restrictions on who may marry whom comes about during ancient history, a thousand and more years before our humankind discovers "genetics" as we know this today. Laws of old about incest are written by stunningly stupid people who arrogantly believe themselves smarter than all.

Equally arrogant are those of religious faith who long back, with intentional deceit, twist and pervert biblical passages then issue church dogma forbidding "incestuous marriages" between just about everyone including that crazy dictate forbidding a father from marrying a woman nursing his wife's baby. Net effect is to restrict all marriages leaving a lot of single women whom men of wealth, power and favored by "The Church" can marry and marry as many wives as liked.

Brass tacks is this taboo on incest is a tool The Church uses to maintain and strengthen iron fist control over women whom Christians consider to be second class citizens. Inherently this feeds this voracious appetite of Christian masculine sexism.

Today, Christians can no longer flog and behead scientists and researchers who embarrass The Church with truth and reality. Good knowledge, factual knowledge, is becoming prevalent. We understand genetics better, we know of genetic detriments and benefits. Sound science has genetic screening and counseling available to reduce risks. We are smarter than The Church.

There is comedy, those black robed priests and that funny-hat wearing Pope cannot figure out what to do about so many biblical stories of their god promoting and encouraging incest such as Lot and his two nameless daughters enjoyed with much wiggles and giggles drunkenness and, pregnancy.

Many nations, maybe most nations, are moving towards having all types incest, lawful. Message sent to The Church is, "You may no longer dictate who may love whom." 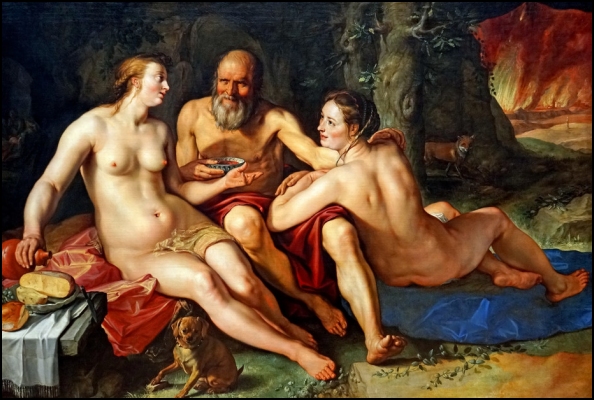 Who are some famous cousin couples of history?