For centuries, a millennia, perhaps a million years back to a time when humans fall out of trees and are too dumb to figure out to climb back up, mankind, specifically men, are psychotically obsessed with their penises. Since Lucy is knocked up, boys fearfully acknowledge, "size matters". This leads to endless arguments, fisticuffs and even war: "Mine is bigger than yours!" 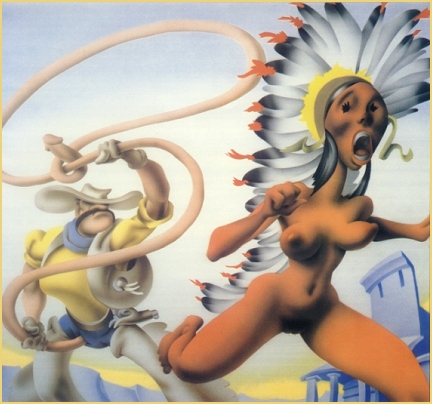 Our stallion of a cowboy likes to believe he roped us two girls then led us to join his other mares of his harem herd. Stallions do this, they nudge, cajole and lead mares into a small herd to protect and to be serviced exclusively by this Don Juan stallion.

We like to think we roped him, gently hobbled him then took the boy home to be trained to domestication. He is quite a stallion making for fun rodeo riding, really big fun, and he still enjoys his harem herd out there in the pasture of life; ruins a stallion to break him. 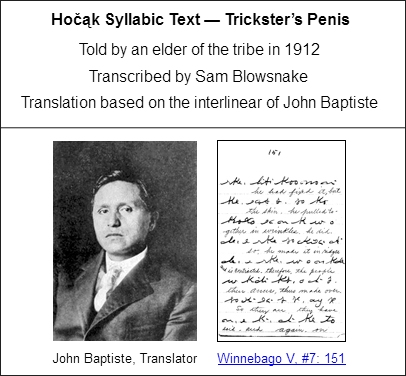 You are looking at a snapshot of a voluminous work, "The Encyclopedia of Hocak Mythology", written and created by Richard L. Dieterle. His specialty is chasing after truth of American Indian lore; he strives for accuracy and precision. His massive work contains lore white folks never read for a reason: much of this lore is related to sexuality which is a fiercely taboo topic under Christianity inspired theocratic tyranny. You white folks are not allowed sinful carnal knowledge of this lore.

"Hocak" with special enunciation symbols, is an Indian word for the generalized "Winnebago" tribe. "Trickster's Penis" is lore the church does not allow you to read. Common to almost all tribes is a "trickster" spirit who pulls jokes, stunts and, at times, teaches hard lessons through humility. Most often, as with our Sixtowns Choctaw tribe, manifestation of Trickster is as Coyote, a spirit who appears to be a coyote.

An important word in my graphic, "interlinear", means literally to "write between lines". An elder tells this lore, Blowsnake pencils "phonetic" spellings on paper then Baptiste interprets and interlinear writes what is said to best English meaning. 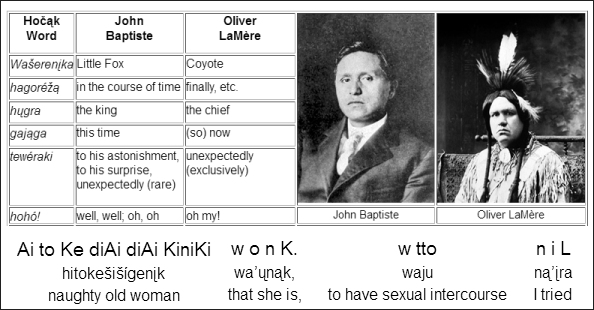 We Indians are well known for our being truth speakers. Might seem an insult but is reality, white folks are not truth speakers. Our tribes are fierce about getting at truth. We are skeptical, we critique ourselves and practice introspection. We must know truth.

This graphic above features John Baptiste and Oliver LaMčre. Both men are full blood and both are fluent in their native tongue and English. LaMčre might be more suitable for interpretation, he somehow survived internment and torture in a Christian boarding school. Despite iron fist missionary and nun brutality, floggings and whippings, LaMčre never let go of being an Indian. He is a true brave.

To your left of those photos are boxed comparisons and contrasts of each man's interpretation of meaning. All are quite subtle but critically important. I picked this panel for "Little Fox" and "Coyote" top panel of boxes. Little Fox is a major spirit and a friend to Coyote spirit. When Coyote screws up and has himself killed, Little Fox comes along and leaps over Coyote which brings him back to life. Coyote always stupidly believes he simply fell asleep, he refuses to believe he was killed.

For this story Coyote fits much better. Coyote is the foremost trickster and is always seducing and tricking Indian women into marriage and sex, along with mares, does, hens and a host of other female animals including reptiles such as snakes.

Sometimes Coyote appears as a woman and tricks men and stallions alike into sex.

Little Fox does not display those behaviors; Coyote has to be truth. This is how we Indians chase after truth and why our reputation for being truth speakers.

"Trickster Loses Most Of His Penis" is a story told to Indian children to explain why a penis is a certain size to this day. This helps kids understand their bodies, helps them to understand this importance of humility and not to stick their penis in just anything.

You will be impressed with the time and effort Richard L. Dieterle invests into making sure interpretations are correct and true. Dieterle explains much beyond the story.

Main page is here: "The Encyclopedia of Hocak (Winnebago) Mythology". There are many lore stories available which you will not find elsewhere being suppressed by Christianity to prevent mainstream Americans from learning truth of our Indian peoples. 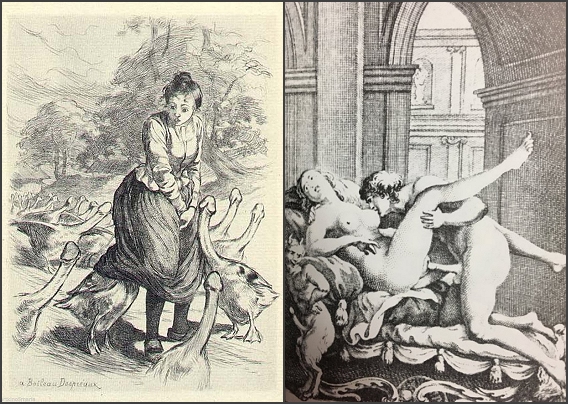 Throughout history back to dark antiquity, hieroglyphs, drawings, paintings, statues and other artwork invariably depict a penis as huge and stout; a symbol of masculine virility. A penis is cast as of single minded purpose - sex with a female of whichever species is available. A noticeable exception is faith based art such as the Sistine Chapel. Religion renders a penis to the diminutive case, belittled and sometimes non-existent much like Ken of Barbie fame. Baffles me how the boy knocked up Barbie. 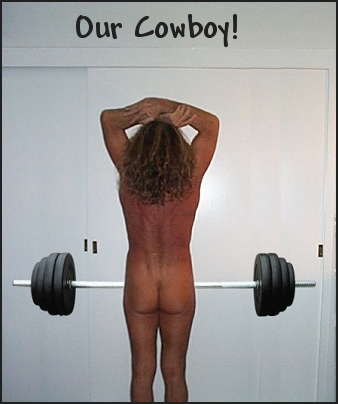 Cute backside! [ background homophobic screams here ] Our cowboy working out his manhood and machismo. He has no choice, our stallion boy must be in the best of physical shape to chase off those whinnying stallions who come trotting and sniffing around his harem mares. He is a boy who well knows how to play this ageless and age old masculine game of "Mine is bigger than yours!" However, he is an old fashion cowboy gentleman before all else. His harem mares love the boy for this. 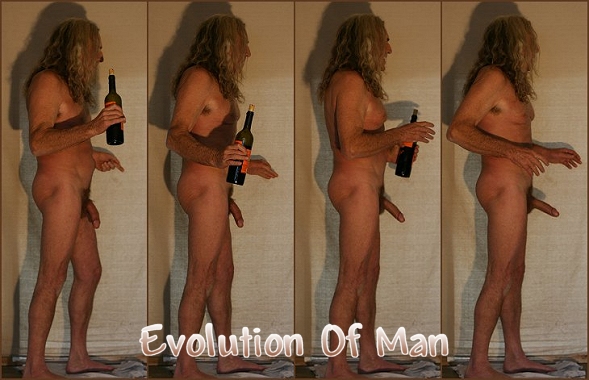 Those of you readers with virgin eyeballs I am quite certain you will survive this experience without being psychologically traumatized for life. Besides there are no virgins on the net, all of you here are chasing down free pornography to watch, ain't you.

My spoof on human evolution to standing upright well symbolizes an instinct which has not evolved for a zillion years, an instinct to procreate; still the same. Most powerful instinct Mother Nature gives us and all creatures is a maddening need to engage in reproductive sex.

There you are boys, being led down your path in life by your single squinty eyed little brain pointing out the way. While we women are chasing after our children you boys are chasing after us women. You boys need your own harem herds. Oh my, such a sinfully taboo topic!

Body language of boys is so easy to read but not so for us girls.

Alfred Kinsey is famed for his sexology research of the late forties into the fifties. His findings and measurements continue to be the standard for today. Fascinating is this scientific study of sex is the most comprehensive of history and modern history at that. Before Kinsey, this type of research is considered blasphemous and worthy of a stretching on the rack down in the catacombs of the Vatican. Kinsey is the first.

Chart is an abbreviated version of a large Kinsey chart. I shortened this to half inch increments for easier viewing in this blog format. What is displayed is erect penis length and what percentage of men are this size. Average is 5.5 to 6.0 inches.

Alright then, this is how you readers can catch a boy in a lie, a most frequent lie, penis length which is almost always exaggerated, yes? A boy claims to be 8 inches which is the most frequent numerical lie. I think this is related to "behind the eight ball". Look at my chart: 8.0 inches - 1.0 percent. Turn this around, 99% of boys are smaller. Odds of this boy lying are 99% or odds are only 1% he is being truthful. Probability math is cool.

Often I read a boy claim in a blog, "I'm eight inches!" Instantly I know the boy is lying. There is a 99% probability he is lying. Boys are notorious for this type of lying. This is not exclusive to boys. We girls will lie and say, "Size doesn't matter." A rather silly lie which defies natural physical laws. However, girls are not exaggerating for an ego boost, girls tell this lie to protect a fragile masculine ego; boyfriend, husband.

Having violated your eyeball virginity, seeing is believing. Our cowboy is slightly off the Kinsey chart, the big end. Kinsey ends at 9.0 inches - 0.1 percent. A boy with nine inches is larger than 99.9% of all boys. Our cowboy weighs in for this machismo boxing match at a consistent 9.5 inches, couple inches thick and a guesstimated 2 pounds of prime flank. Size does matter, boy howdy. My husband is larger than 99.99% of boys.

I will refer you readers back to an essay of mine, "Bragging Rights" which tells a tale of our daughter using her daddy to humiliate a group of sexist pig, beer belly boys. She knows her odds are 99.99% in favor of her winning this game of "Mine is bigger than yours". She wins, big time.

Dating back more than several thousand years there is a written history of men being psychotically obsessed with their penises. As time passes this obsession grows and enlarges like those penises. A distinct visual record is easily traced through history.

This masculine notion of a large penis is power plays right into masculine sexism and sustains a persistent fabricated myth we women love and cannot resist a big penis. Today, men with large penises own the corner on the market in jockey short advertisements and pornography movies.

If to understand sexuality, like many of my topics, there is a need to fully comprehend human psychology behind sexuality. This is not easy. 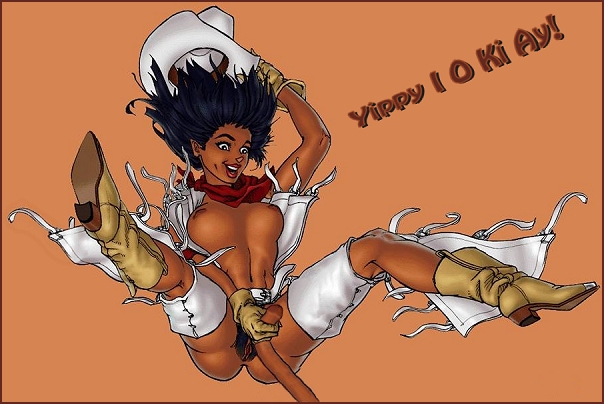